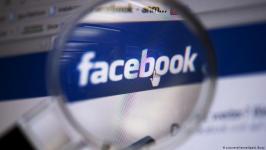 acebook's Automatic Alt Text (AAT) system can now detect and identify 10 times more objects and concepts than it could when it was first launched, announced the company. Descriptions will also be more detailed, and AAT will be able to identify activities, landmarks, types of animals, and more. Facebook announced improvements to AAT, a system introduced by the company in 2016 that uses object recognition to generate descriptions of photos on Facebook and Instagram for visually impaired individuals.

The improved AAT recognises over 1,200 concepts, Facebook said in a blog post. This is more than 10 times the amount possible in the original version launched in 2016.

Facebook said that AAT will also include information about the positional location and relative size of elements in a picture. For example, instead of saying “May be an image of 5 people,” the AI will be able to specify that there are two people in the centre of the photo and three scattered towards the fringes.